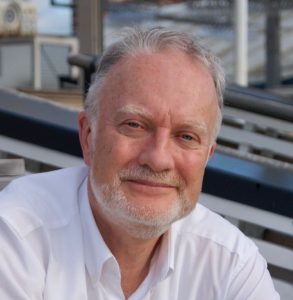 Since leaving active practice at the Scottish Bar in 2002, John Sturrock has pursued a full-time career in mediation in business, the professions, sport, the public sector, senior management and other sensitive and complex matters and has facilitated many high-level political and policy dialogues. As its founder and chief executive, John has established Core Solutions Group (www.core-solutions.com) as a pre-eminent provider of mediation, training, negotiation and facilitation services. He is considered a “thought leader” in the area. His mediation practice extends throughout the UK, mainland Europe and the Middle East and he also practices from Brick Court Chambers.

Also described as “one of the best teachers of mediation”, he specialises in negotiation and conflict management training and coaching for senior government officials, business executives, senior managers and sports leaders. For many years, he has worked with various parliamentary bodies throughout the UK on effective scrutiny of policy. He has been a special adviser on dialogue to the House of Commons Public Administration and Constitutional Affairs Committee and works regularly with senior officials in the Scottish Government.

He facilitated the 2020 Climate Change Delivery Group in Scotland from 2009 to 2013. He has worked with UK Sport and many sports’ governing bodies and athletes for a number of years, particularly in the lead up to the London Olympics. He is a founder of Collaborative Scotland (www.collaborativescotland.org), which promoted respectful dialogue before and after the 2014 Scottish independence referendum. He is a regular writer and commentator.

In 2009 John became a Distinguished Fellow of the International Academy of Mediators. He received the Honorary Degree of Doctor of Laws from Edinburgh Napier University in 2010 in recognition of his work in the field. He has also recently been appointed a Visiting Professor by the University of Edinburgh.