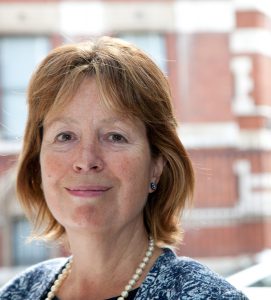 Diana Wallis is a qualified lawyer and former member of the European Parliament where she held senior positions including Vice President of the Parliament. Having stepped away from politics in 2014 Diana is now bringing her considerable expertise in diplomacy to mediation work as an international mediator of the Center for Mediation and Law.

A long-time advocate of the power of mediation, Diana played a key role in the creation of the EU Mediation Directive. She also navigated many highly complex cross cultural situations as a politician and is well known for her calm and constructive manner of chairing and facilitating debate and negotiation. In addition to her work as a mediator Diana is currently President of the European Law Institute and a member of the board of the International Mediation Institute.

Diana has a long and diverse experience in civil and commercial dispute resolution having been a litigation solicitor and partner in a London firm in the 1980s specialising in European cross border claims. She then spent over a decade as a Member of the European Parliament, including five years as a Vice President of the Parliament. Diana’s deep knowledge of the European mediation scene has made her a sought after speaker and adviser on many aspects of law, ADR and mediation.

Diana currently fulfils a number of roles within the legal and mediation sphere. She is the President of the European Law Institute, which role she has held by election since September 2013 when she succeeded Sir Francis Jacobs QC. As a solicitor she is a longstanding member of the Law Society’s EU Committee. She is also a Senior Fellow of the Law School at the University of Hull where as part of her responsibilities she is involved in its Mediation module for undergraduates and the development of the Mediation Centre. Since April 2012 she has been a board member of the International Mediation Institute and has also been active within the Civil Mediation Council’s Government Relations Committee.

Diana is a Member of the Chartered Institute of Arbitrators and in September 2012 became the first Independent Chair of the Joint Arbitration Committee on Non-Print Legal Deposit, carrying-out an exciting new neutral role between the deposit libraries and the publishing industry. In March 2014 Diana joined CEDR as a consultant on European Affairs she is also working as a neutral for CEDR in various dispute resolution formats including as a CISAS Adjudicator and a conciliator / mediator under the FAS scheme.

Diana is a frequently invited keynote speaker at mediation conferences and events across Europe and beyond, for example those organised by GEMME, IAM, CMC, ERA, OHIM and Euro-chambers. She also recently took part in a round table concerning IP mediation in Shanghai’s Free Trade Zone subsequently she has been invited to join the mediators panel of the World Intellectual Property Organisation (WIPO).

Diana has always been a keen linguist, which gives added depth to her cross-cultural skills; she was one of the original recipients of
Membership of the Chartered Institute of Linguists.

• Admitted as solicitor Feb 1984;
• 1979 – 1999 employment within various solicitors firms particularly:
• 1984 – 1993 Partner with Borm-Reid & Co, Staple Inn, London, then Partner and head of Litigation with Bayer-Rosin, Theobalds Road, London. During this time she developed a specialized cross border litigation and Private International Law practice. In mid 1980s she became one of first British solicitors to be admitted to the German bar;
• 1993 -1999 Moved with the same practice and client following to Rollitt’s Solicitors of Hull as an associate / consultant.
Political / Legislative Career 1999 – 2012

As a Member of the European Parliament throughout this period Diana was a leading member of the Parliament’s Legal Affairs Committee. She was intimately involved in the development of EU civil and commercial law, particularly she authored reports and steered legislation in the area of ADR, Mediation and collective redress; PIL particularly Brussels 1 and Rome 11, and most latterly Contract Law or the proposal on an optional European Sales Law.

She was also key in taking forward the agenda in relation to E-justice, citizen’s rights, particularly property rights and compiling a ground breaking report on the role of the national judge in EU law.

She was particularly involved in many issues relating to the development of e-commerce, e-publishing and other Internet related matters. By way of example only, one of her on-going issues related to defamation across borders and the new media, she authored several reports in this area.